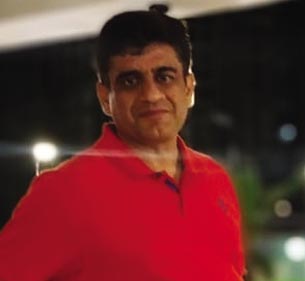 My son, Tanish Khanna, started his academic career right from Mont-1 in this esteemed institute. I feel privileged when I look back at his journey from a toddler to a brilliant child in the span of 7-8 years. I can vouch that there has been a substantial contribution from the school faculty, especially class teachers and the principal, in developing Tanish into a bright student. It is because of the robust process of teaching that he has a solid foundation in his academics.

The school encourages Tanish to participate in various competitions like olympiads, inter-school events etc. that have helped him gain competitive skills from a very early age. Teachers at Ryan International School, Greater Noida have demonstrated their mastery in carving a brilliant student into an overall achiever.

I once again thank the entire faculty from the core of my heart. In August 2008, we zeroed in on Ryan International School, Greater Noida. During the admission process we met the principal who was very assuring. 11 years later, our daughter is in Class 11 and the journey has proved to be a boarding-like care of students in a day school. There are so many experiences we’ve had that just make us wonder if any other school could’ve done justice. This institution has made us see a girl who can stand up for herself and choose between right and wrong. The school encouraged her to skate and slowly she became a national level skater. In Class V, when she became the president of the junior student council, she was already dreaming of being the president of the senior council as well. It was not until recently that we understood her strong drive to be a leader & a winner.

In a nutshell, the school provided more than enough opportunities for the all-round development of our child: studies, sports, co-curriculars and developing leadership qualities.

We can never thank Ryan International School, Greater Noida and Ms. Sudha Singh, the Principal, enough, for their role in her development. What makes Ryan International School stand apart from other schools is the balance it keeps between studies and extracurricular activities. With a strong focus on studies, it has brought out the inquisitiveness of my son Namish and acted as a talent booster for him. The Principal, Ms. Sudha Singh, and all the teachers in her staff leave no stone unturned to provide an excellent platform for intra- as well as inter-school exposure to all the students right from a very young age. Be it the Robotics Program or Astronomy Club, be it the Young Learners of English initiative, be it Skating or Taekwondo coaching or be it the stage performances, all put together have crafted the personality of Namish over the last 7 years from Montessori to Class IV.

Thanks Ryan International School, Greater Noida, for bringing out the best in my son!!! Our journey with Ryan began in the year 2013 and I can say that it’s been memorable. The school is close to home and has been a blessing for our kids.

Ryan International School, Greater Noida has several good teachers who are not only good at their subjects but also keen observers of each child and communicate well with parents.

One of the best things about the school is that the Principal, Ms. Sudha Singh, and teachers are open to our suggestions and available to address our concerns and grievances. The school also has a good mix of children from different socio-economic backgrounds and also from different parts of the country - this helps our children to understand different cultures and learn to be sensitive to them.

We thank God for this school and would like to wish Ryan, Greater Noida and also the Ryan group at large, all the very best for the coming years. Samyak joined the school in Montessori as a small child and now I can easily say that he has developed into a better human being. All of this is possible because of the learning he got while studying in your school.

I would also like to add that my child got multifarious opportunities to showcase himself on occasions like Theatre festival, Teen camp, part of Junior & Senior Council and many more... and this would not have been possible without the knowledge and self belief he got from the organization.

Now, as my child is leaving the school to make a mark in the outside world, I am once again thankful to your esteemed organization for all the efforts you put in shaping my child.